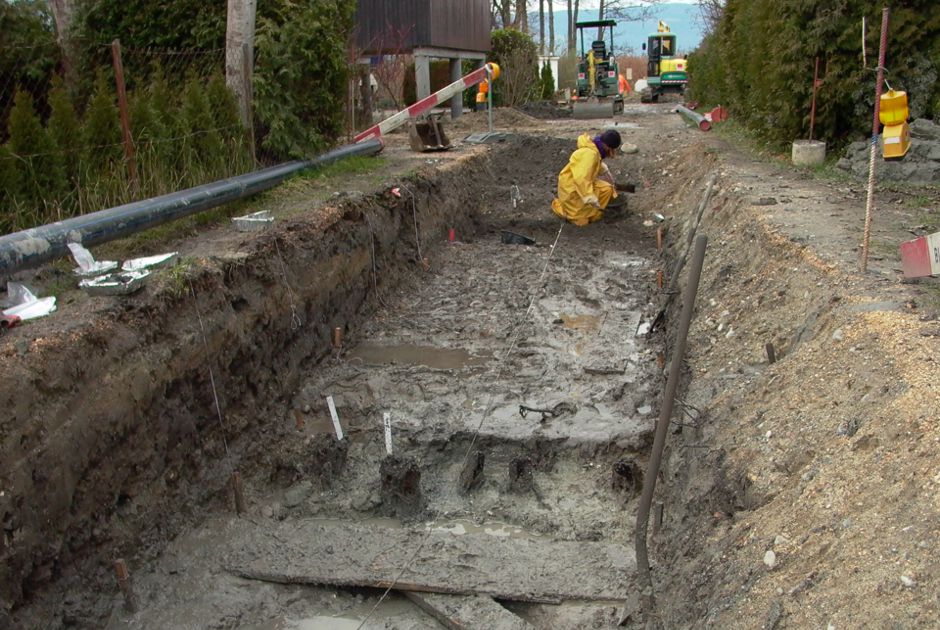 Test excavation of 2006. Visible in the foreground is a row of Neolithic piles © Pierre Corboud

Short Description
This site consists of two consecutive settlement phases that both date to the Late Neolithic. The earlier phase is identified as Horgen Culture (3168-3035 BC) and occupies the eastern part of the site (Chevroux 11). The western part (Denévaraz-en-deçà) is younger and is associated with the Lüscherz Culture (2813-2652 BC), with a second phase, where several axe blades made of diabase were found, which represent the Auvenier-Cordé Culture (2640-2427 BC). The archaeological material is well preserved, and the pile field extends farther than the archaeological layers. The site is one of the best preserved prehistoric lacustrine sites in the township of Chevroux.

More information is available at the Historisches Lexikon der Schweiz

Special Features & Highlights
Of special note and importance of this Neolithic site is its continuous settlement dynamic and expansion, which occurred over nearly seven centuries. 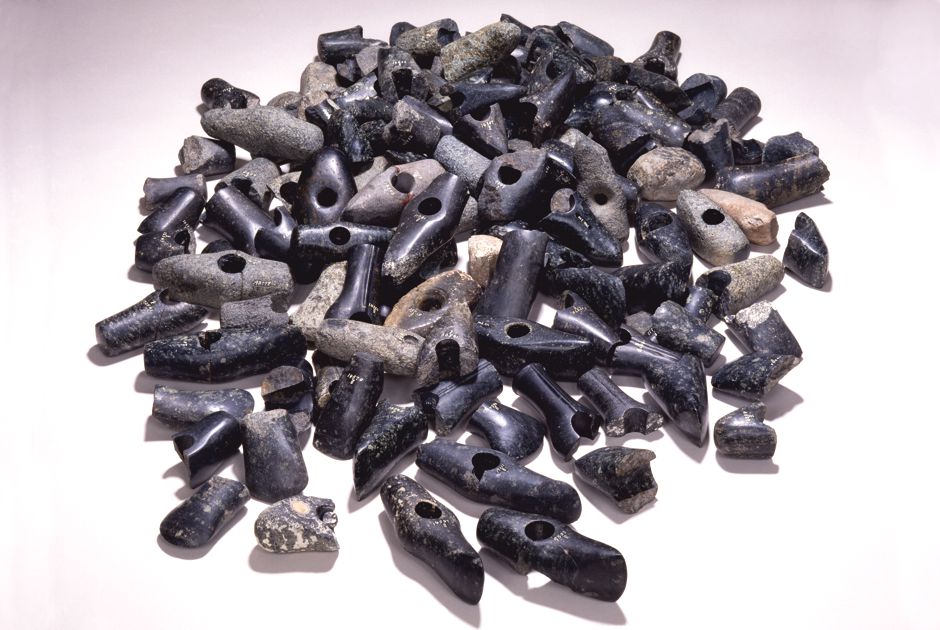 Current Activities
Prompted by urban development, an emergency excavation was conducted between 2006 and 2008. In the course of the excavation, it was possible to discover the extent of the site, its stratigraphy, and the borders of separate settlements, as well as the recovery of some piles for the dendrochronological dating.

Pile Dwellings up close
The archaeological artifacts that were recovered from the sites of the Neuenburgersee in the Canton of Waadt are exhibited in the Cantonal Museum for Archaeology and History in Lausanne.